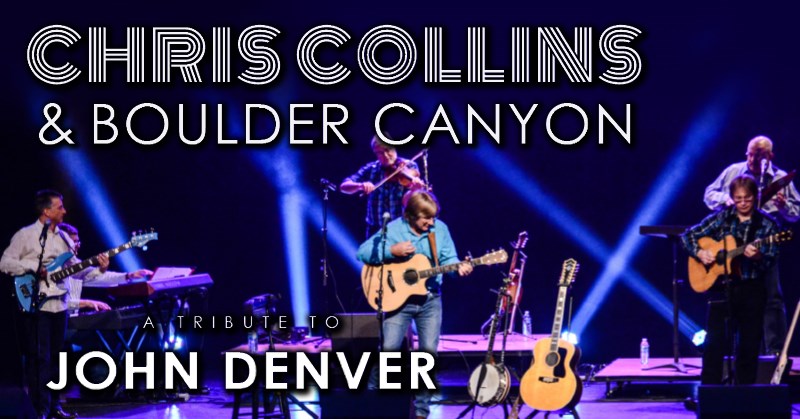 During the 1970's, John Denver was the most popular entertainer in the world. He sold more albums for RCA than any other artist in their history. But to say he was an icon would be to sell him short. John was also a voice for the environment and a leader in global problem solving. There was something in John's music that transcended great melodies and poetic lyrics into an underlying sense of the human condition, and the longing we all feel for love and home.

Chris Collins exhibits some of the same dynamic qualities that made John Denver so popular. Chris is an accomplished guitarist and vocalist. But besides having a vocal tone and natural delivery close to John's, Chris is a natural entertainer who has an uncanny ability to deliver John's music with authenticity and musical integrity.

Musicians from John Denver's band have joined Chris in his concerts in Aspen and other locations. Chris and Jim Connor, songwriter of 'Grandma's Feather Bed' have written and recorded new music together. Chris has also performed with Cassandra Denver.

Chris has twice been a Regional Finalist at the Kerrville Folk Festival, the most prestigious songwriting competition in the U.S. He is also the recipient of the Golden Eagle award for community service in Aspen, Colorado. Chris' concerts, which honor the music of John Denver, have been sought after by private and non-profit organizations, which understand the popularity and love for Denver's music.