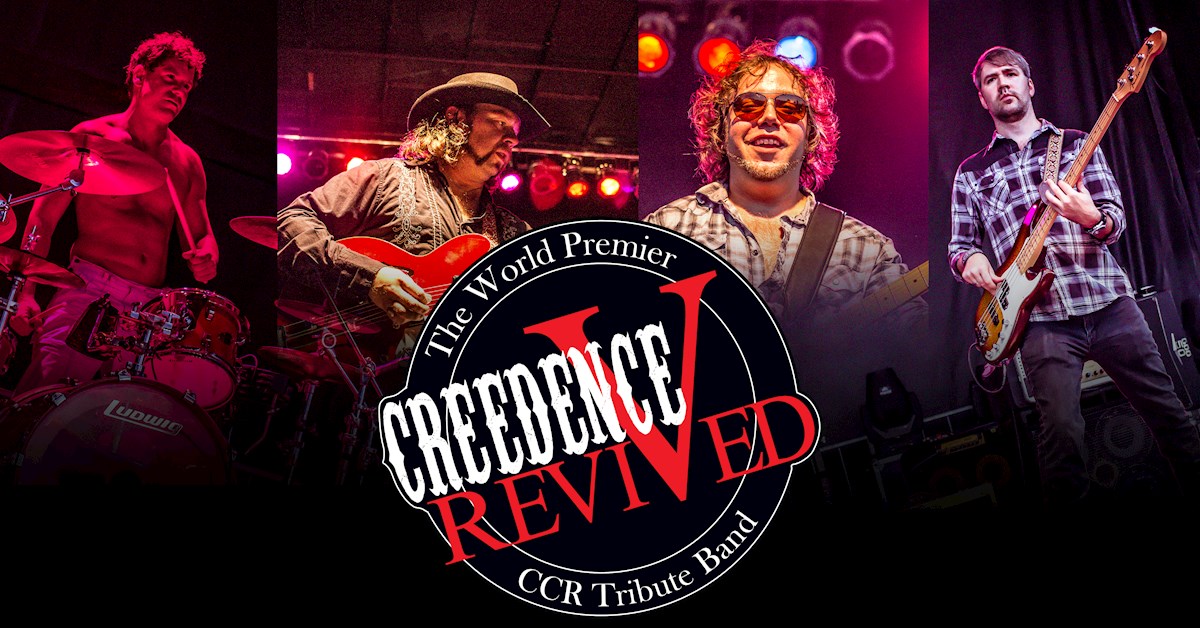 Creedence Revived breathes new life into the music of Creedence Clearwater Revival, paying tribute with stunningly accurate renditions of “Have You Ever Seen The Rain,” “Proud Mary,” “Bad Moon Rising” and “Run Through The Jungle.” Come experience a lifetime of unforgettable hits in a single night!

The group is made up of four of Chicago’s & LA’s most talented and eclectic musicians – consisting of an award-winning vocalist nicknamed “the chameleon” in the industry for his unique ability to shift his vocal to match the style of any vocalist, a world-renowned blues guitarist who attracts blues fans from around the world, a studio bassist who has a appeared on many top charting albums, and a drummer who sells out theaters on his own based solely on his unique playing style.