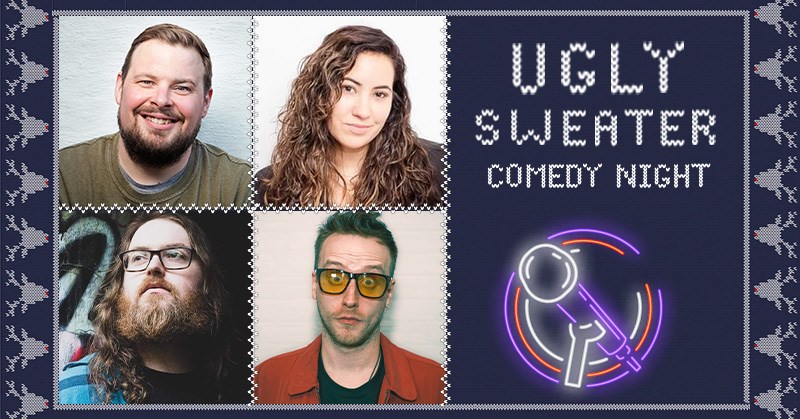 Join us for a night of holiday comedy with some of the best local comedians around! Ray Harrington, Katie Arroyo, Corey Mayo and Supe will keep you laughing with their festive jokes and banter. Wear your wackiest holiday sweater for the chance to win a prize!

Ray Harrington is an infectiously charming comedian from New England. Ray was just on Conan right before the pandemic and his documentary, BE A MAN, won the LA Comedy Festival before premiering exclusively on Hulu. His first album from Stand Up! Records, The Worst Is Over, debuted at the top of the comedy charts on Amazon and iTunes. His latest album, Overwhelmed, debuted at Number 1 on Amazon and at the top of the Billboard Comedy Charts.