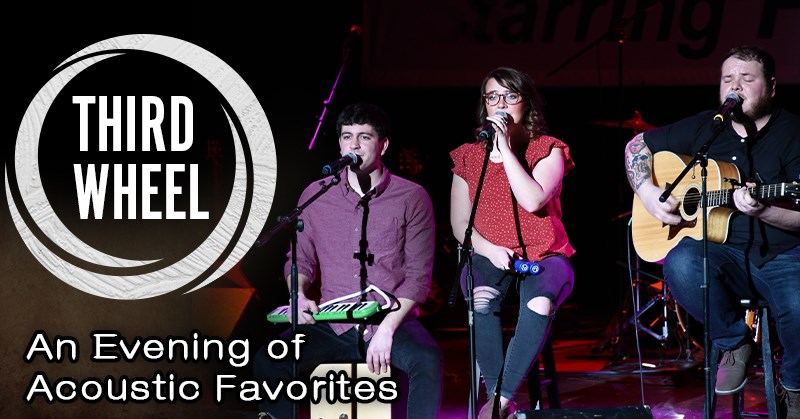 Third Wheel is an acoustic trio from southern New England featuring three dynamic performers with a collective 25 years playing music. Third Wheel has been performing throughout Rhode Island and Massachusetts for the past two years, from bars and restaurants to opening for acts like Orleans and Herman’s Hermits. From the rock and roll of the 50s to the pop hits of the 90s, Third Wheel’s music catalogue has something for everyone, from Simon and Garfunkel and Fleetwood Mac to John Mayer and Elton John.