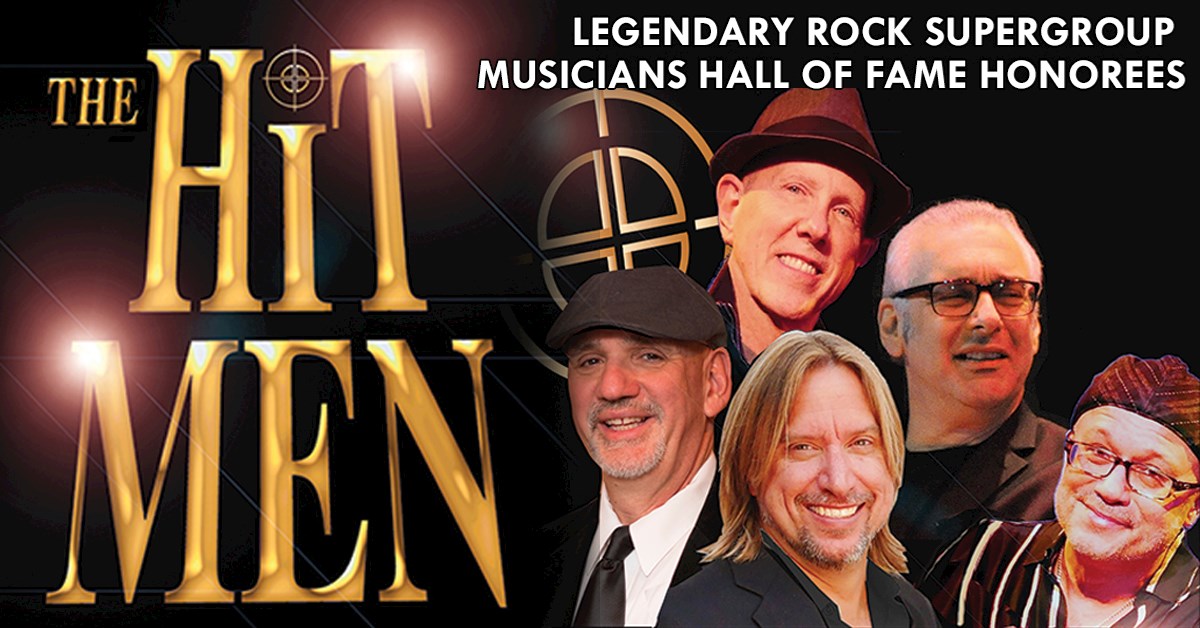 The Hit Men are five brilliant musicians and singers who, throughout the 1960s, 70s, 80s, and 90s, toured and recorded with some of the biggest names in the music business - huge stars from Frankie Valli and Carly Simon, to Tommy James, Carole King, Cat Stevens, Jim Croce, Cheap Trick , Elton John, Paul McCartney, Barry Manilow, Rod Stewart, Blood Sweat & Tears, and many, many more. They are not a tribute act. They are not the former cast of a Broadway musical. They are the actual artists who helped rocket so many songs to the top of the Billboard charts.

The Hit Men will rock through songs by the artists they performed and recorded with! Sing along to classic hits like “Joy To The World,” “Good Lovin’,” “Peace Train,” “Leroy Brown,” and more.