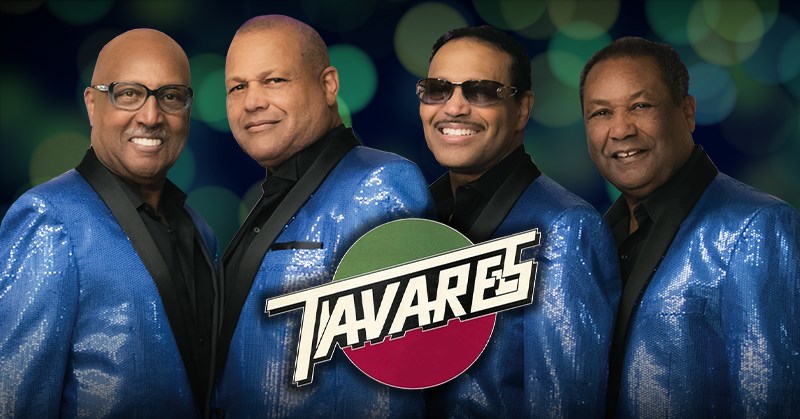 This performance will take place on May 21st, 2022 at 8 PM. If you have purchased tickets to a previously scheduled date for this performance please retain your tickets for admission.

The Tavares brothers placed 8 singles on Billboard’s Top 40, 12 singles on the R&B Top 10 chart (including three #1 records), 3 Dance Chart hits (1 at #3 and 2 at #1), 10 hit albums, and won a Grammy for their work on the soundtrack to Saturday Night Fever, one of the best-selling albums of all time (recently certified at 15 times Platinum). Tavares toured the world in tandem with their peers and as headliners and performed dozens of times on television guesting on every major variety, talk, and music program of the 1970s and 1980s.

Spending a great deal of their early years in the Fox Point and South Providence neighborhoods of Providence, Tavares were 2014 inductees into the Rhode Island Music Hall of Fame.

Tavares' hits include "Heaven Must Be Missing An Angel," "More Than A Woman," "It Only Takes A Minute," "Don't Take Away The Music," among many more. Don't miss this night of disco, funk, soul, and rhythm!