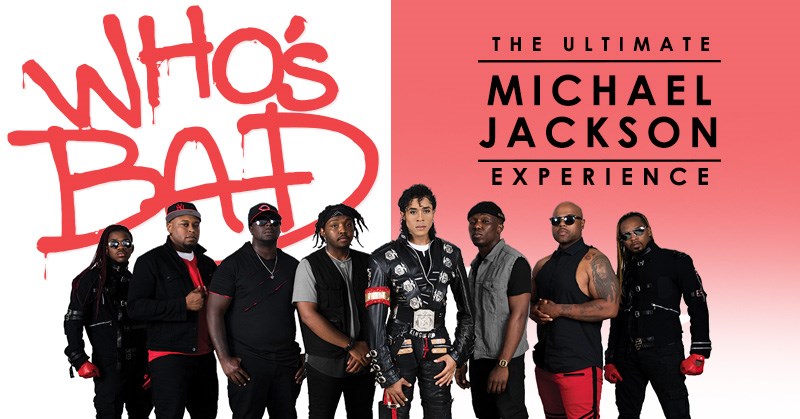 Founded in 2003, Who’s Bad’s live performance is an unrivaled celebration of pop music’s one true King. Their power-packed performance of Michael Jackson’s expansive catalog has ignited crowds on every continent and can only be described as a jaw-dropping, musical must-see. As the longest-running Michael Jackson tribute band, and the only one to predate his untimely passing, Who’s Bad has awed even the skeptics, selling out nearly 50 venues in the United Kingdom including London’s O2 in December of 2010, the venue where the King of Pop was slated to end his career with a 50-show “This Is It” concert series.

Who’s Bad has earned its name by paying studious attention to Michael Jackson’s every original groove and gravity-defying dance move, boasting over 100 years of professional experience and a team of dancers with resumes that include numerous Broadway productions. The velvety vocals and pinpoint choreography of frontman James Times combined with the five-piece band’s blaring horns, down-deep rhythms and the dancer’s synchronized dance routines results in a performance delivered with soul and precision superseded by no one but the King himself.