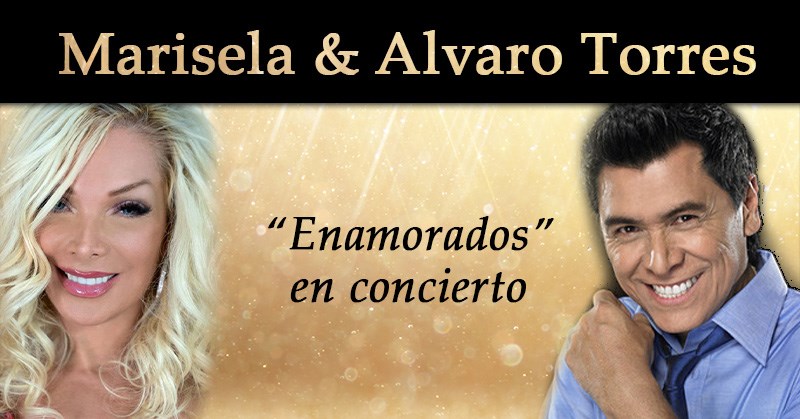 Marisela Hernandez, known as Marisela, is an American-Mexican singer. In 1984, she recorded her first album at the age of 18, and continued to release albums into the 1990s. Her cover version of Barbara George's single "I Know", titled "Ya No", peaked at number-one in the Billboard Latin Songs chart in 1990.

Álvaro Torres was born on April 9, 1954 in Usulután, El Salvador. Torres moved to Guatemala and started a solo career recording his first album, "Algo especial" (Something Special) in 1976. In 1977 he released the album "Acariciame" (Caress Me) and one year later, he was selected by TCS to represent his country in the seventh edition of the OTI Festival that was held in Santiago, Chile.

Although he got the second to last place, tied with the colombian entrant Billy Pontoni, this was not an obstacle for his career. He became better known in the 1980s. Years later, Torres moved to the United States. He lived in Colorado, California and finally Florida. In 1991 Torres had an artistic breakthrough when he released "Nada Se Compara Contigo". He was voted Songwriter of the Year by BMI in 1994.

Some of his more famous songs are "Hazme olvidarla", "La Unica" (The Only One), "Lo Que Se Dice Olvidar", "Si Estuvieras Conmigo" (If you were here with me) and "Nada se compara contigo" (Nothing Compares to You), "A ti mi amor" (To you my love), "Te Olvidaré" (I´ll Forget You), "El último romántico" (The Last Romantic). He sang a duet with the Mexican singer Marisela on the song "Mi amor por ti" (My Love for You), and also sang a duet with Selena on the song "Buenos amigos" (Good Friends), and in 1997 he recorded "Estaremos Juntos" (We Will Be together) a duet with Puerto Rican singer Millie Corretjerfor her album Sola (Alone).