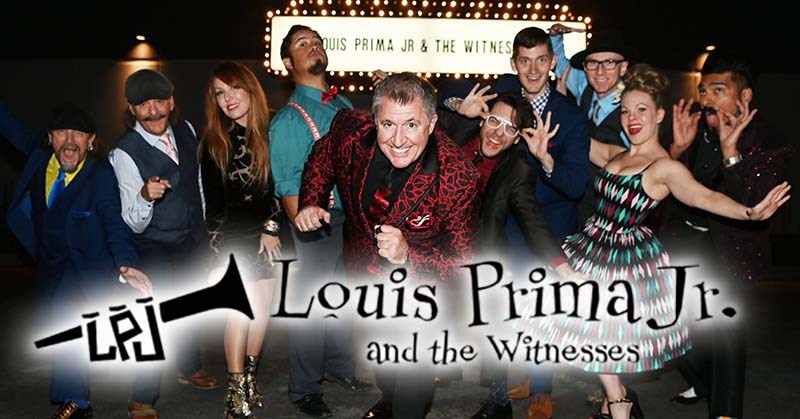 Louis Prima Jr. and the Witnesses

Get ready to "Jump Jive An' Wail” with Louis Prima Jr. and the Witnesses as they bring the wildest big band show this side of the 60’s to the Stadium! With all the antics and wild trumpet skills of his father, Louis Prima Jr. will resurrect hits like “I Wanna Be Like You,” “Just A Gigolo” and more!

Louis Prima Jr. and The Witnesses are a boisterous, horn-driven, 10-piece New Orleans-style band known for their energetic performances that raise the roof and bring audiences to their feet. Their eclectic and rowdy style crosses several genres, from big band and swing to rock and blues, combining original music from their two albums with tail-shakin’ and foot stompin’ favorites from the five-decade career of Louis Prima Sr. With the band’s collective talents and diverse musical tastes, their shows have a sound that is unique while staying true to the vintage Prima style.

Born into an undeniable musical legacy, Louis Prima Jr. picks up the torch lit by his iconic father and leads his incarnation of The Witnesses headfirst into the future. Their seamless blend of hard driving big band jazz, insanely danceable swing and, at its core, real rock and roll has been wowing crowds worldwide for over a decade. Make no mistake, this is no tribute act. Although the band most certainly Jumps, Jives, an’ Wails "Prima-style," they are their own musical beast — thoroughly modern, laying down a blueprint for the future on the foundations of the past.