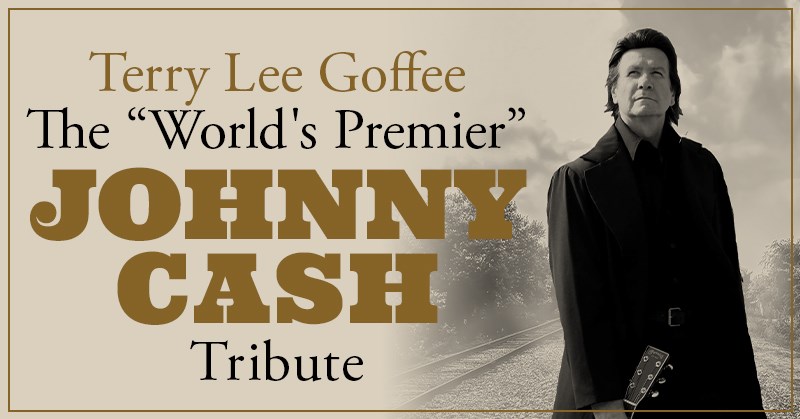 He looks like Johnny! He sounds like Johnny! Nobody does Cash like Terry Lee Goffee! Terry returns to the Stadium to perform his popular show as the man in black.

"By far...one of the best tribute acts in the country. The show was amazing, the crowd response was overwhelming. Johnny Cash is a legend and b/c of Terry, I was able to experience his music live"

Terry Lee Goffee says of his show "I wanted to make my show different and unique by portraying Johnny Cash in the first person, rather than just standing there singing the songs. Like an actor in a play I literally become my character, in this case Johnny Cash, from the moment I walk onstage until the end of the show."

Terry is widely recognized as the best Johnny Cash impersonator around; in fact, Terry portrays Cash's look and sound so accurately that he was selected to be the official Johnny Cash model for the popular video game "Guitar Hero 5".