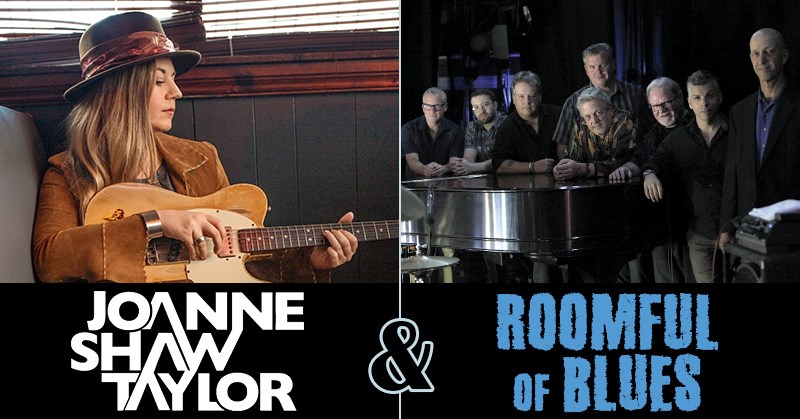 Got the blues? Two bands, one night! Rhode Island’s own legendary Roomful of Blues will begin the night with their hits including, “Boogie Woogie Country Girl,” and “Lower On Your List of Priorities.” Following their performance, Joanne Shaw Taylor will rock you with her international hits such as “Who Do You Love?,” “Blackest Day,” and “Time Has Come.”

Joanne Shaw Taylor is a British blues rock guitarist and singer who was discovered by Dave Stewart of the Eurythmics at the age of 16. The British music publication Blues Matters! called Taylor "the new face of the blues"

"Joanne is a superstar in waiting"  - Joe Bonamassa

"A thrilling guitarist and a powerful vocalist" - Time Out

For the last 50 Years Roomful of Blues has become legendary in the Blues World. Roomful has toured the world and recorded over 25 albums. With five Grammy nominations and a slew of music awards and accolades Roomful has become a recognized leader in their genre.