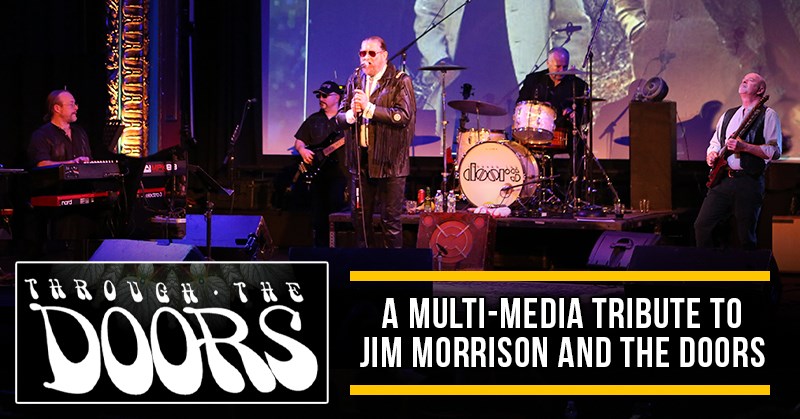 Jim Morrison & The Doors Tribute - Through The Doors

Through The Doors is a Multi-media Tribute to Jim Morrison and The Doors and has been touring since 1980. This re-creation of the sound, look and “feel” of an actual Doors concert is so complete, it never ceases to startle even the seasoned crew. And it starts right away: In the darkened theater, well before the band has taken the stage, anticipation runs hot and the chanting for “Jim” begins. Perhaps it is the audiences’ overwhelming desire to experience a true “Resurrection” that fuels the flames. Or, attribute it if you must, to a legend that survives, even grows, some 40 years after the mysterious death of James Douglas Morrison and the dissolution of his band.