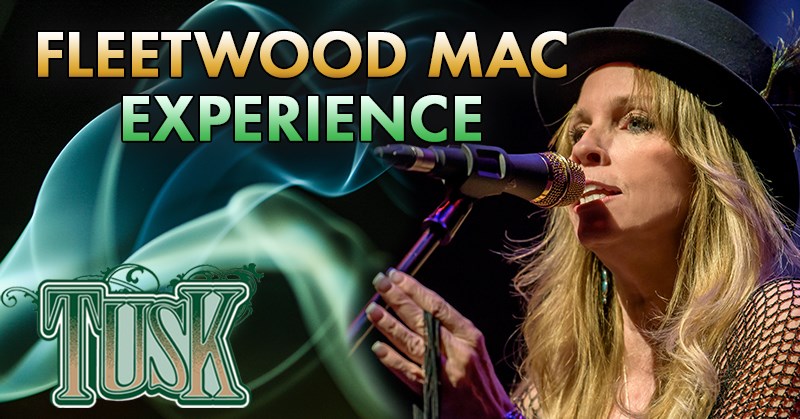 The five seasoned musicians of Tusk leave no stone unturned in replicating the sounds of one of the world’s most loved bands. Enjoy Fleetwood Mac’s hits including “Landslide,” “Rhiannon,” “Go Your Own Way” and “Tusk” featuring the Blackstone Millville marching band!

Tusk has been making music together in various combinations and styles, in original outfits and in cover bands, for over twenty-five years. It seemed only fitting that they should come together to form the Ultimate Fleetwood Mac Tribute, and pay homage to a group that dominated the charts during the band members’ formative years. Fronted by solo artists Kathy Phillips (vocals) and Scott McDonald (guitar, vocals), and supported by veteran musicians Kim Williams (keys, vocals), Randy Artiglere (bass) and Tom Nelson (drums), Tusk takes its audience members on a sweet ride down memory lane.