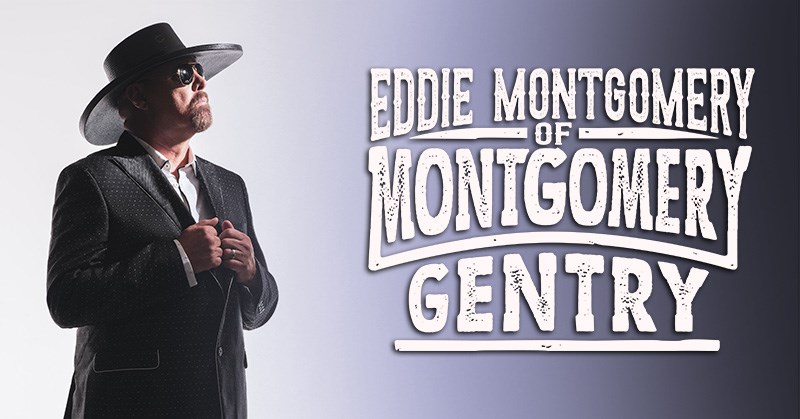 Rowdily honed in honky-tonks and at parties in their Kentucky homeland, Montgomery Gentry rocked to stardom in 1999 with propulsive collection “Tattoos & Scars.” Over the next 18 years, the duo had 20-plus charted singles, collected CMA, ACM and Grammy nominations and awards with such unsubtle, blue-collar rallying cries as “Hell Yeah,” “My Town” and the irrepressible “Hillbilly Shoes.” Their No. 1s included “If You Ever Stop Loving Me,” “Something to be Proud Of,” “Lucky Man,” “Back When I Knew It All” and “Roll With Me.” Grand Ole Opry members since 2009, MG also belong to the Kentucky Music Hall of Fame, where they join the likes of Bill Monroe, Tom T. Hall, Skeeter Davis, Lionel Hampton and Eddie’s brother, John Michael Montgomery.

You might catch Eddie Montgomery taking a quick glance at an empty space beside him when he and The Wild Bunch take the stage to play the expected duet hits as well as tunes from his brand-new and mostly raucous solo debut “Ain’t No Closing Me Down.” By tragic circumstance a solo artist, Eddie always feels the presence of Troy Gentry, his honky-tonking partner. The man who is always “with” Eddie on stage and immersed in the soul of his first solo album is his long-time partner, Troy Gentry, who died Sept. 8, 2017, in a helicopter crash that could have put a tragic end to Montgomery Gentry sound. Except Eddie made a promise that the MG sound would go on: Which, at its heart, is what this new album is all about.

“Ain’t a day goes by that I don’t think of him,” he says. A brotherhood that remains in his solo billing: “It’s always going to be ‘Eddie Montgomery of Montgomery Gentry.’”