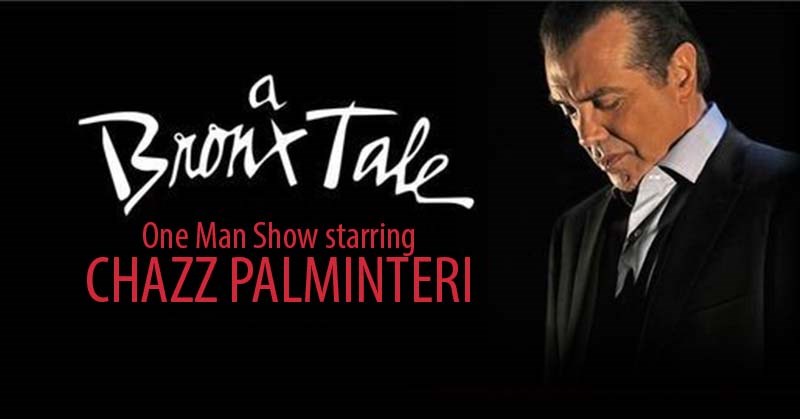 Actor and screenwriter Chazz Palminteri wrote A Bronx Tale in 1988 and starred in the 1993 movie adaptation directed by Robert De Niro. Now he returns to the stage in his powerful one-man show depicting his bruising Bronx childhood in great detail, including the temptations of organized crime. Palminteri brings each and every character to life (18 in all) in this autobiographical piece -- his friends, enemies, even his own family.

Chazz was born Calogero Lorenzo Palminteri in 1952 in the Bronx, New York. He grew up in a tough area of the Bronx, giving him the life lessons that would later prove very useful to his career. He started out pursuing his craft in 1973 studying at the Actor's Studio and appeared off-Broadway in the early 1980s while paying his dues as a bouncer and doorman in nightclubs, among other jobs.

In 1986 he headed west and found that his ethnic qualifications was well-suited for getting tough-talker parts in TV shows such as Wiseguy (1987), Matlock (1986) and Hill Street Blues (1981). In films he started off playing a 1930s-style gangster in Sylvester Stallone's Oscar (1991).