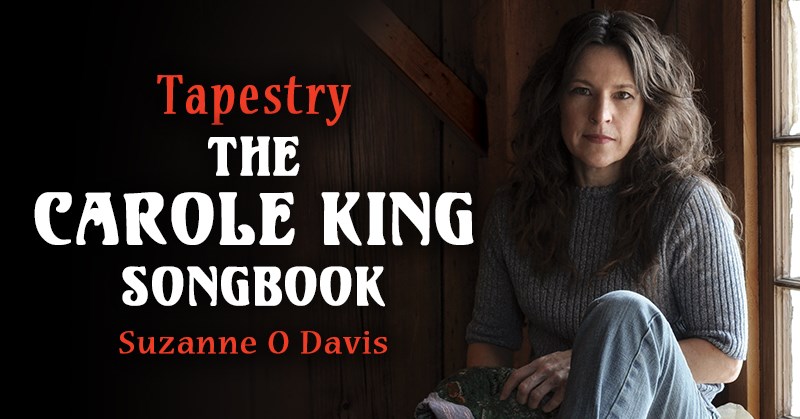 This show recreates the sound and vibe of a 1970’s Carole King concert experience following her legendary album, Tapestry. You will be transported back to the iconic image of her 25 million-selling album of 1971.

Impeccable attention to detail is taken in recreating a respectful and accurate musical presentation of piano and vocals, plus the world-class Tapestry band, just as they were. Suzanne’s performance will take you on a journey back to those great recordings with all the music from that record-breaking album, intertwined with backstories of the songs and the times.

Tapestry not only presents the record-breaking, Grammy-winning album of the same name, but is a retrospective of the iconic songwriting team of Goffin and King, and her hits that continued into the 70’s. This prolific team wrote chart-topping hits for artists such as Aretha Franklin, Bobby Vee, The Beatles, James Taylor, the Drifters, Donny Osmond…and the list goes on.